The Choir meets on Thursdays during school term times from 7.30-9.00pm in the Recital Room of the Music School at Ardingly College. Separate sectional rehearsals for soprano, alto, tenor and bass sections take place during the first part of Thursday evenings, but other separate optional sectional rehearsals may also be arranged on Monday evenings in St Wilfrid’s Church, Haywards Heath.

Each year we are asked to lead the Celebration of Life service to commemorate those who have died at the Princess Royal Hospital during the year. We sing various popular Christmas Carols in the chapel.

Members of the choir have the opportunity to sing Evensong locally (All Saints, Lindfield) and further afield. In July 2011 the venue was the Royal Chapel of St George in Windsor Castle; in June 2013, 2014, 2019 at Chichester Cathedral; July 2016 at Southwark Cathedral. Members are also invited to sing with Ardingly College Choirs for Old Ardinians Evensong at the end the school year.

During the summer term a lighter programme of music including Gilbert and Sullivan, Old Time Music Hall, Madrigals and Songs from the Shows may be arranged, which culminates in an informal social evening with a performance and meal for choir members and friends, usually at Chiddinglye.

In previous years, the Choir has made biennial tours abroad to Normandy, Paris, Ghent and Lille, singing in Bayeux Cathedral, Ghent Cathedral, Paris La Madeleine, Lille Cathedral and Mass in Ypres Cathedral. These tours have provided the choir with unforgettable experiences. Friends and family joined the singers which enhances the friendly atmosphere for which the choir is noted.

Ardingly Choral Society has for many years contributed considerable sums to both local and national charities, including the Royal British Legion as a result of the annual Remembrance Concerts in November as well as other charities: Sight Savers International, Save the Children and St Peter and St James Hospice and Marie Curie. 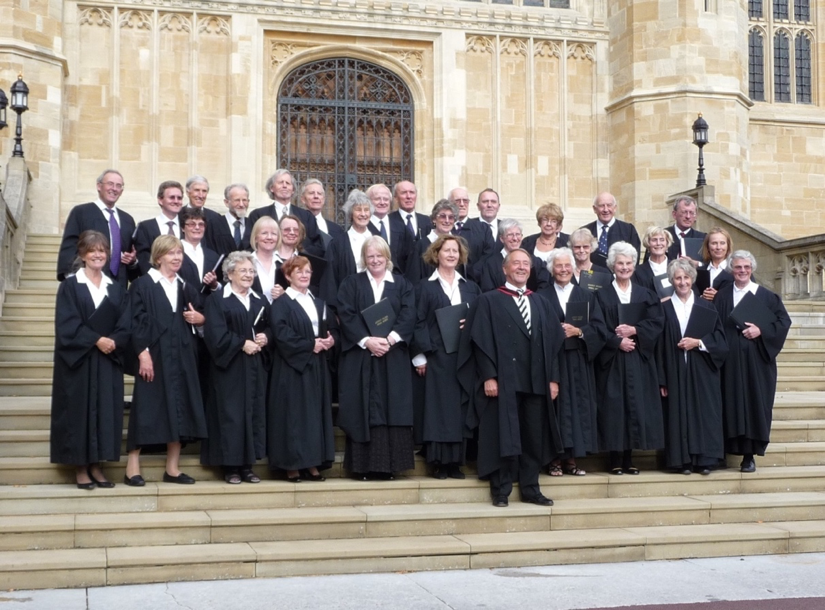