Bernard Shaw dismissed Mendelssohn’s masterpiece Elijah as the substitution of ‘exquisite prettiness’ for ‘true religious sentiment’. He missed its longevity ‘X factor’. Conductor Robert Hammersley calls this ‘choruses and arias of immense dramatic power with subsequent movements of extreme gentleness and beauty’. In the soaring College Chapel, this assured, moving performance by Ardingly Choral Society and Mid Sussex Sinfonia (led by Martin Palmer) captured those contrasts. The well balanced orchestral forces blended well with the chorus, who had sublime passages of awe and gentle reassurance, typified, respectively, by ‘The fire descends from heaven’ and ‘He that shall endure’. The orchestra and chorus’s clarity and empathy provided a harmonious backdrop to five exceptionally committed and convincing vocal soloists - interspersed with some closer collaborations, such as Elijah (Mike Christie, bass) and cello soloist Ethan Merrick echoing each other in ‘Man of God’, or the female quartet set among the chorus in ‘Holy, holy, holy’.

George Rhodes (10), with remarkable confidence, presence and diction, virtually stole the show when, as the Youth, he spotted a cloud on the horizon that ended a drought. This confirmed Elijah’s authenticity as Jehovah’s prophet as clearly as when Baal failed to deliver fire from heaven.

Jenni Lind, for whom the part was written, can scarcely have outshone soprano Sally Harrison’s combined confidence and humility as intercessor, nor her vocal range and effortless power. Jane Haughton (alto), reminding us of her acclaimed role here as the Angel in Elgar’s ‘Gerontius’, gently overcame Elijah’s wavering faith as tellingly as she had, as Jezebel, witheringly scorned his prophetic CV. 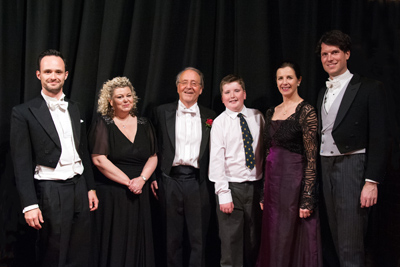